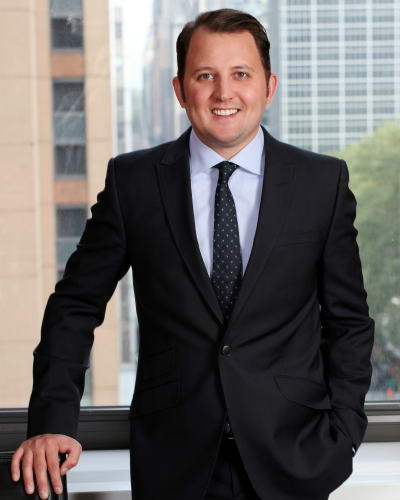 As the Co-Founder and Senior Partner of Flynn Financial Partners Ltd. LLC, Mark oversees the company's corporate and investment management operations in addition to serving individual clients. Mark and the Flynn Financial team oversee more than half a billion of investments as of 12/08/20.

Mark received his Bachelor of Science from the Leonard N. Stern School of Business at New York University, where he double-majored in Finance and Accounting. Mark was born and raised in Chicago, IL where his family is from.

Starting from a young age, Mark has had a passion for investing. He began learning and following investments when he received a passbook savings account as a child. His passion for learning and investing grew as he followed the Dot-com bubble of the 00's throughout his college education. During college, Mark further pursued his degree as well as his passion for skiing, and spending winters in Colorado.

Upon graduating college, Mark continued on to work with Tim Flynn and became a partner of Flynn Financial Partners. Together, they made a move from AXA Advisor to UBS Financial, where they grew the business exponentially and began working with clients more focused on their investment needs.

In 2008, the financial crisis caused the collapse of several major financial institutions and the government bailout of others, challenging the existing state of affairs within the industry. Navigating these trying times, Mark and Tim understood the importance of focusing on the client's best interest through the utilization of a modern and unbiased approach. It was during this time that Mark and Tim developed a vision for a new type of investment firm—one free of conflicts of interests and the ability to work with an Independent Broker Dealer. This prompted the move to LPL Financial on July 1, 2008.

Mark currently resides in Nyack, NY with his family and is the proud dad of two young boys. He continues to yearn for the outdoors, trying to spend as much time hiking, camping, and skiing as possible. Pray for snow and stay inspired.